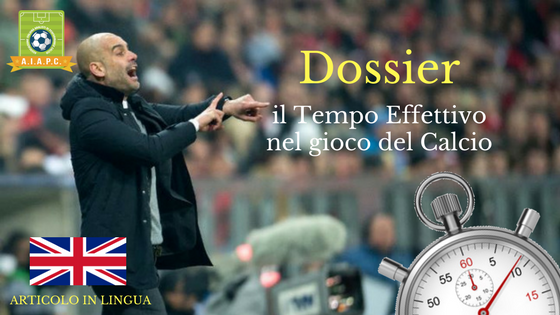 ’60 minutes, don’t delay; play’. Coincide with the first Asian under 22 championship in 2014 this slogan was unveiled by AFC. The gap between European and Asian Average actual time in either club or national matches has been the reason for choosing this slogan. This article aims to answer these important questions: why this slogan was chosen? Has this interval time been reduced? What are the impacts of this time gap between European and Asian matches?

Actual time means the total time of the match that the ball is in play. The average actual time of 40 matches in each league is calculated. First point to consider is reduction of distance between actual time of Australia, Japan, Qatar leagues and German league (as holder of the lowest actual time among top 5 European leagues) but there is a 4-min time distance with European champion league. Second point is the actual time difference between Asian and European champion leagues which the greatest team of the continents take part in them; 6 minutes. Third point: a distance of about 7 minutes between Iranian and Australian leagues which reflects the remarkable difference among Asian leagues.

According to the statistics, the gap between Asian and European soccer in case of average actual time has been reduced but the question is how this difference can be important:

There are two important indicators available to measure the players’ physical function during a soccer match:

In the case of running, investigations have shown no drastic change in the quantity of the running in professional soccer players over the last 6 years and it can be said that soccer players due to the limited amount of actual time have limitation in the quantity of distance covering. and don’t forget that using new tactics such as defensive organization compactness  or the change of confront line have reduced the distance covering. But the quality of running which means running with higher speed and reducing the active rest time for recovery and re-performing in professional players have increased. Although this increase due to high intensity but short distance (time) cannot have a remarkable impact on the quantity of running but in modern soccer quality has become a significant indicator.

In second part which is about quality and quantity of soccer players’ activities:

All impressive scenes of the match in offensive, defensive, and transition phases are the result of soccer players’ explosive and power actions such as: passes, tackles, duels on the ground or air ,…. . The increase in the quantity and quality of the activities (successful action) can be the indicator of higher fitness and increase in personal and team success. Don’t forget that in order to increase the quality and quantity of power and explosive actions, improving fitness indicators same as muscles’ power, fast recovery of muscle energy resources, coordination … is required.

Investigations of the amount of actions during 10 matches in Asian and European  leagues shows that the distance between the actual time of these leagues has decreased and there is no significant difference in the quantity of the actions. What is the exact meaning of  the actions?

Each activity of the players on the ball during the match even in offensive or in defensive moments is called an action. Pass, dribble, shoot,… in offensive moment to tackle, air duel or ground duel in defensive moment are the activities that range in the category of actions. All actions in this range are of high importance in the duration of the match and create remarkable consequential moments of it. For example shoot for scoring the goal or a quick tackle to block opponent shoot. Therefore the decrease in these actions can lead in wine or lose for a team. All these actions in fitness category are subdivisions of the explosive and power actions which demand specific physiological needs.

Champions League, Japan, and South Korea) and European table in quantity of the actions. The main difference is due to the quality of actions. This means players in European leagues are able of performing more actions with higher percentage of success in comparison to the players in Asian leagues. Considering the point that the statistics are relevant that is to say Asian players had lower quality of actions in the match against the Asian players. So it can be analyzed that Asian players will show a lower quality if they play against the players from European leagues and this will increase the opponents ‘chance of victory.

The difference among Asian and European leagues is still available and affects the quality and quantity of the players in the duration of the match. As it was mentioned, leagues of Australia, Japan, and South Korea need to focus on improving the quality of the players. Leagues of Iran, South Arabia, China, Qatar, and Emirate need to work on improving the quality and quantity of the actions and also the actual time in first step. And this solution reveals the substantial impact of the slogan by AFC:’ 60 minutes. Don’t delay, play.’  The meaning of this slogan is increasing actual time of the Asian matches to increase the quantity of the actions.

Investigations of the average passes and the percentage of success of them in these leagues indicates a direct relation between quantity and quality of passes with actual time. So it could be concluded that improving the ability of the players in to pass and receive the ball is a key solution to increase the actual time in Asian leagues

There is significant difference observed between Iran, Saudi Arabia, China, and Emirates leagues and top European leagues regarding the actual time and this difference decreases both the quality and the quantity of the actions. Although there is not a direct competition between Asian and European leagues, we should not forget in one year in Russia some players from these leagues will be going to compete each other in WC 2018 where the quality and the quantity difference will be the key factor in win or lose.

Therefore increasing the actual time is the important solution that helps national head coaches not to be worried for the fitness of the players from Asian leagues.

Increasing in the quality and the quantity of the passes and the actions by the mean of brand new training methods and optimizing the trains such as SSG (Small Side Game) could be a proper solution otherwise the national coaches like Queiroz are right to set the long term camps for their players before competing against European top level players.